Be Your Own Fact Checker: Home

Not sure what's fake and what's real in the news media? We can help! This guide will provide tools and resources for making good information choices.

While the amount of fake news stories continue to grow, we can find it difficult to decipher what is true and what is not, this guide will give you some insight in telling fact from fiction.​

Many of us approach news from our own point of view which stems from our personal experiences. As such, we are drawn to information and media that share our personal opinions. Each of us need to remember this and make a conscious effort to look at things from a different perspective.

Keep these questions in mind when reading or listening to another's opinion. 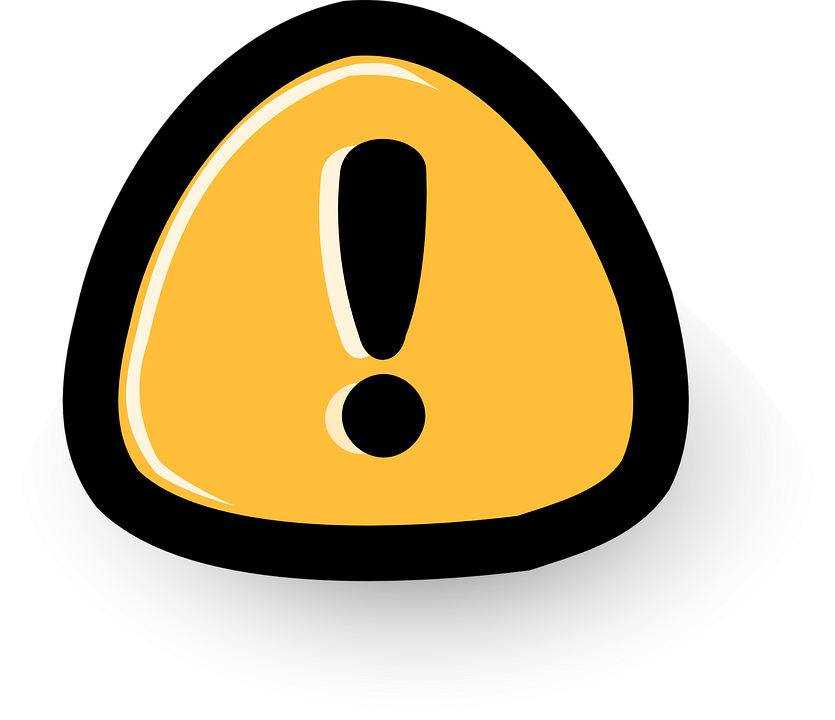 In a free market those reporting the news want us to keep "tuning in" or reading their reports in order to earn profits. Remember, we may not be receiving all of the facts if the report is upsetting or confusing to us and we "tune out." Think about this, reporters might gloss over the truth in order to keep us reading or watching.
Here's another thought, news outlets may also sensationalize a news story to provoke interest and slant our opinions.

Here's a short video about how opinions make their way into news stories.

How To Spot Fake News - an article from FactCheck.org

We Tracked Down A Fake-News Creator In The Suburbs. Here's What We Learned - article from NPR 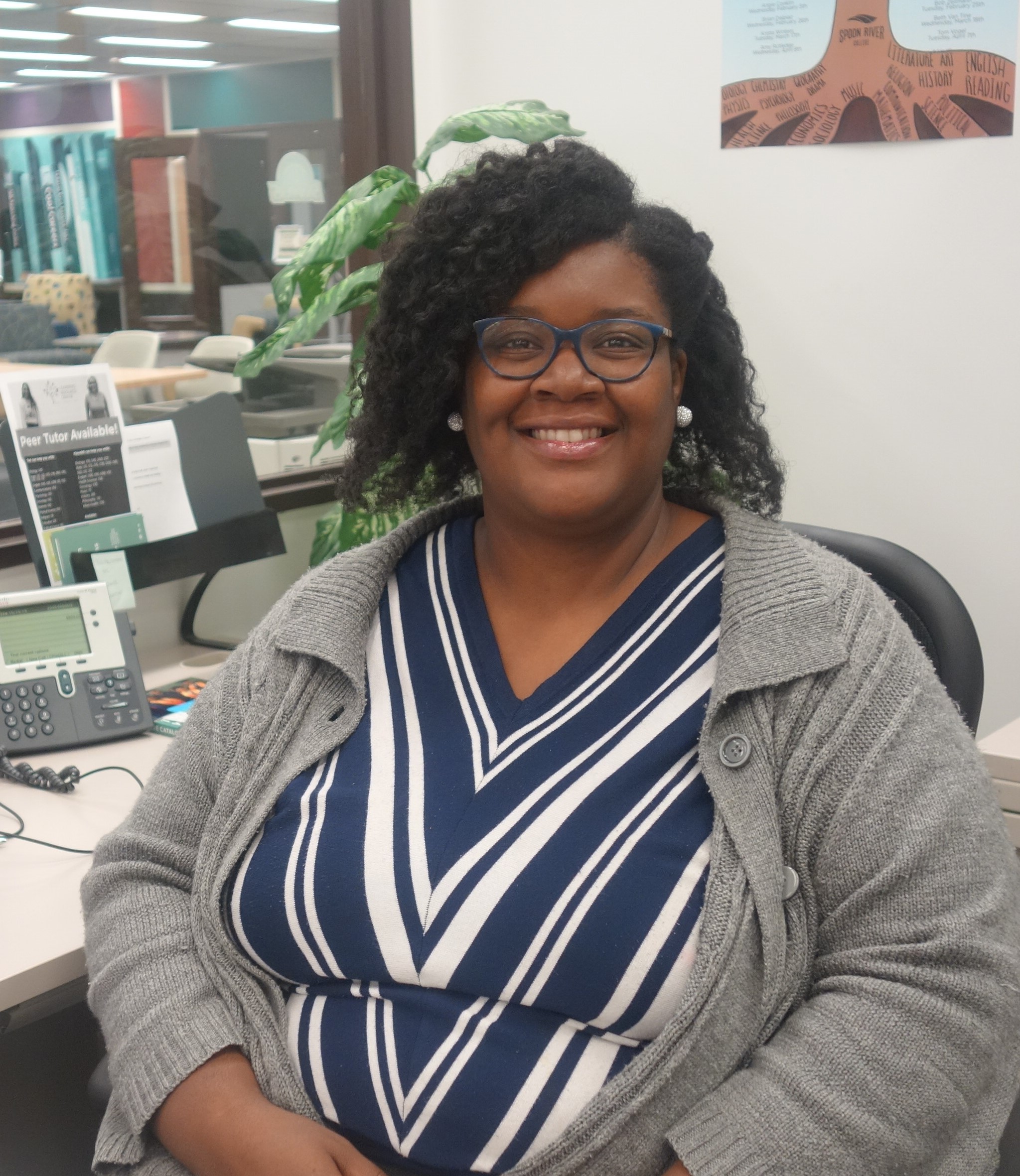 Here's a recent article from Forbes with the author's top 10 publications for ethical journalism.
10 Journalism Brands Where You Find Real Facts Rather Than Alternative Facts

Washington Post
A daily newspaper located in Washington, D.C., the newspaper has a particular emphasis on national politics.

NPR
Their mission: "In a time of media fragmentation and sound bites, NPR has succeeded by focusing on its core: in-depth, quality news. NPR has evolved from a secondary to an essential news source, with dozens of bureaus around the world and the nation. Drawing on more than 340 news staff (reporters, correspondents, newscasters, editors, producers hosts and bloggers) in the United States and abroad — from Washington, D.C., and New York City, to Shanghai and Kabul, we have the capacity to stay on top of breaking news, follow the most critical stories of the day and track complex issues over the long term."

Reuters
Reuters is an international news agency headquartered in London, United Kingdom. It is a division of Thomson Reuters.

FactCheck.org
Mission Statement:
"We are a nonpartisan, nonprofit “consumer advocate” for voters that aims to reduce the level of deception and confusion in U.S. politics. We monitor the factual accuracy of what is said by major U.S. political players in the form of TV ads, debates, speeches, interviews and news releases. Our goal is to apply the best practices of both journalism and scholarship, and to increase public knowledge and understanding."

Politifact
PolitiFact is a fact-checking website that rates the accuracy of claims by elected officials and others who speak up in American politics. PolitiFact is run by editors and reporters from the Tampa Bay Times, an independent newspaper in Florida.

AllSides
"Unlike regular news services, AllSides exposes bias and provides multiple angles on the same story so you can quickly get the full picture, not just one slant." 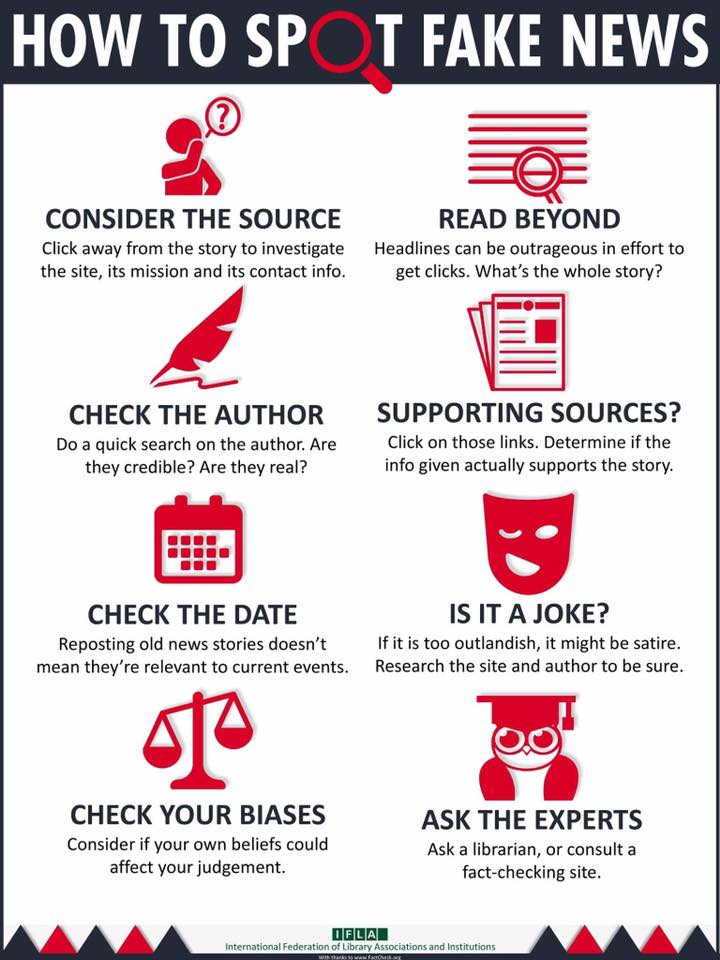 Graphic from the International Federation of Library Associations.